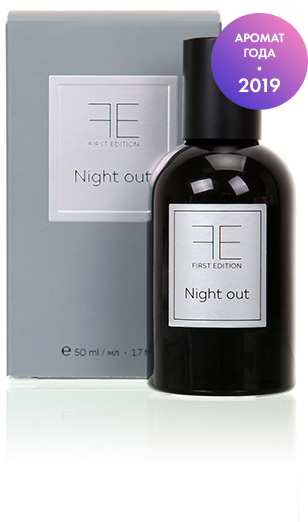 First Edition individual fragrances can tell your story without words. Instincts arousal has always been a mystery. Now you have a chance to step beyond the habitual boundaries! Night Out is a deep woody and smoky fragrance with light spicy hints.

Night out is a deep, versatile woody and smoky scent with light Middle Eastern hints.

Once asked where to use perfume, Coco Chanel responded: “Wherever you want to be kissed”.

One should wear perfume on a wrist, an earlobe, an elbow crease, neck or interclavicular ligament.